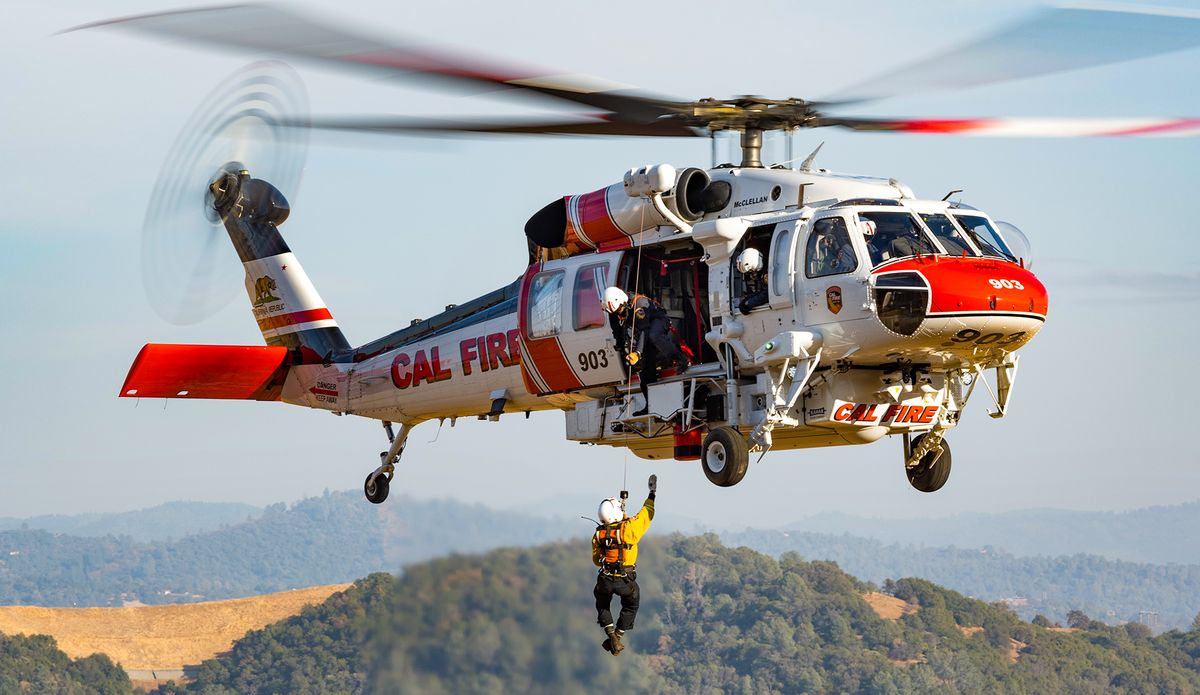 The Sikorsky S-70i FIREHAWK was chosen to carry on the agency's aerial firefighting legacy. A total of twelve FIREHAWKS will be acquired over the next couple years as the Hueys are phased out.

The first CAL FIRE HAWK was delivered in October 2019 and designated Copter 903. It was publicly showcased as a static display at the January 2020 HeliExpo. Today it is based at the CAL FIRE aviation headquarter facility at Sacramento McClellan Airport and serves as the first of what will be two maintenance spares for the new fleet.

This is Copter 903 during a training exercise with Columbia Helitack. It is being utilized, along with the new Columbia aircraft, to facilitate the transition training for the Helitack crews.