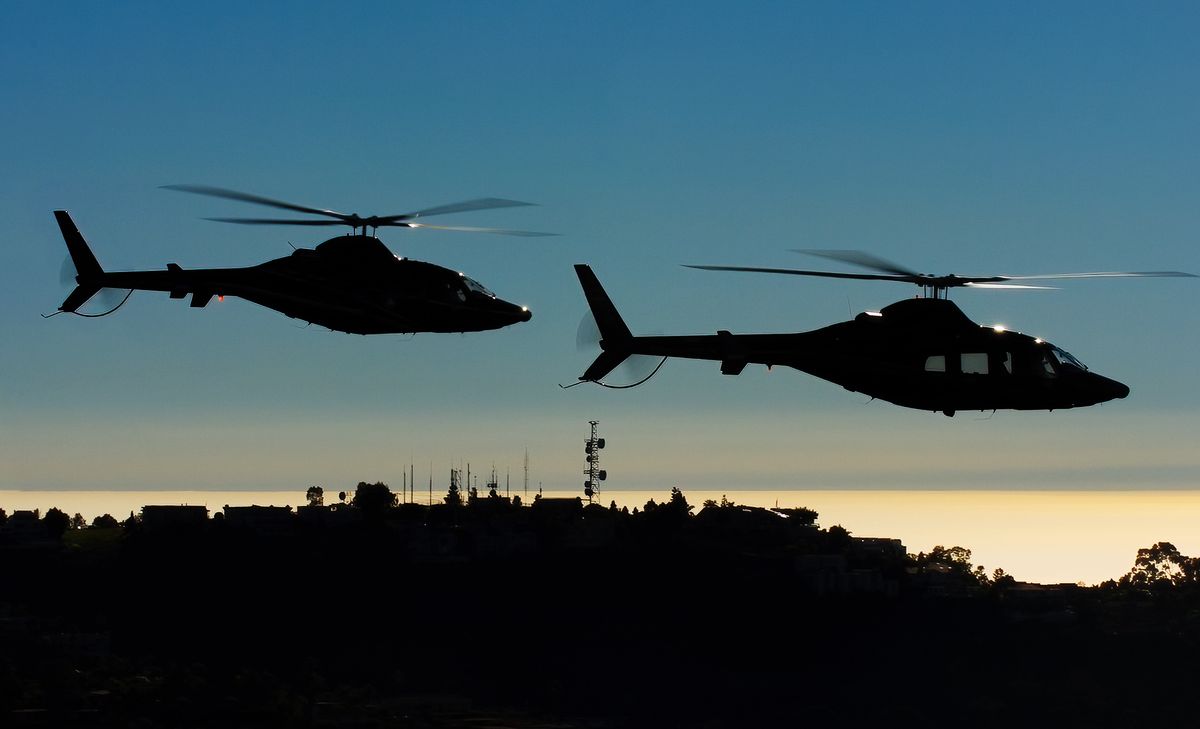 It was a sparkling early winter day in December 2004 when Neville 'Ned' Dawson invited me to join him on a photo shoot. He had traveled to my home town of San Diego CA from his place in New Zealand for an opportunity to photograph two Bell 430s.

I had known Ned for several years prior to this project and I had already produced a couple editorial projects for his magazine, HeliOps. At the time, HeliOps was the first of what has since become a handful of magazines covering the global helicopter industry and placed a heavy emphasis on a rather dramatic style of photography.

A local operator owned one of the 430s and had a business relationship with the owner of the other. The concept was take both aircraft out to the coastline and photograph them against the beautiful beaches.

About this time, another small publishing group based in Canada was making inroads into the helicopter industry. They were pursuing a similar model for their magazine, Vertical, and placed a high priority on articles written by industry professionals and dramatic photography that showcased the aircraft.

As a result of my exposure in HeliOps, the publishers of Vertical had become familiar with my writing and my photography and extended me an opportunity to produce work for them as well. While that didn't sit too will with Ned, we managed to remain friends and associates and I have to give him credit for my early opportunities in this industry.

While this photo flight with the 430s did not result in an article for Vertical, One of my images was selected to run as the cover of the Vertical magazine's 2005 HeliExpo issue.

Ten years later, this photo is still one of my favorites as the two machines fly past Mt Soledad in La Jolla CA.