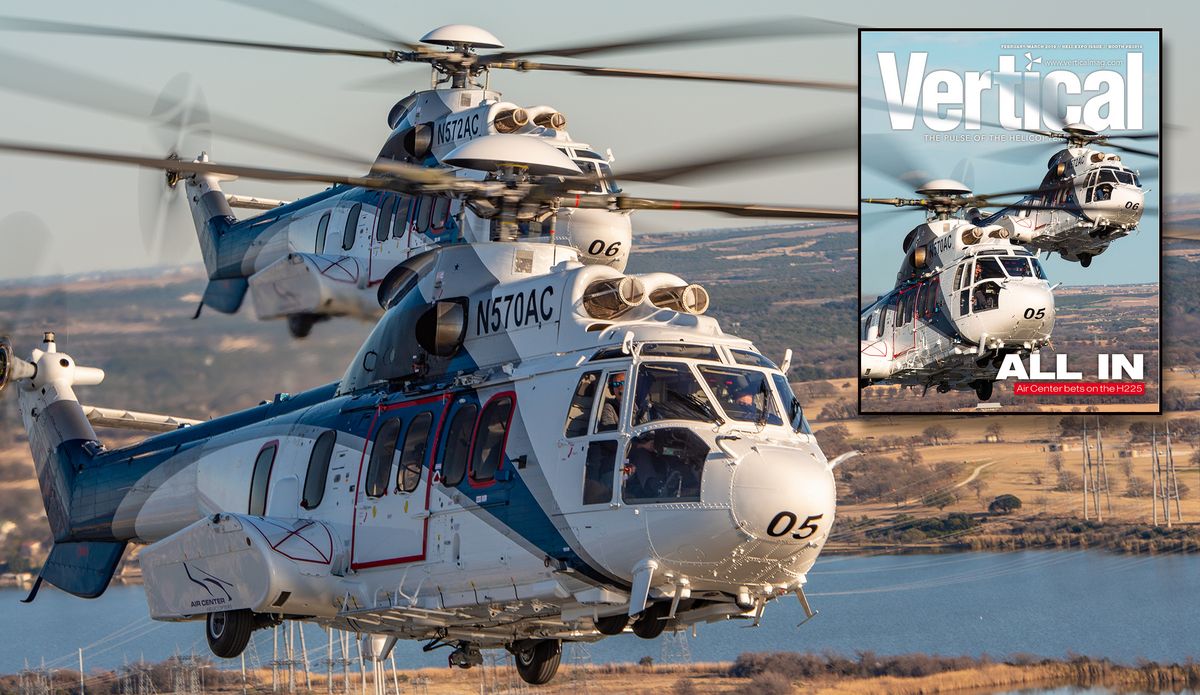 I have had the good fortune to work with Texas based Air Center Helicopters several times over the years. The company owner, Rod Tinney, is always one heck of a host and does whatever it takes to get great photos. So anytime an opportunity is presented to work with him and his company, I'm all over it

In this instance, it was a project for Vertical magazine; telling the story of how the company 'repurposed' the mighty Airbus H225 Super Puma, to fly a brand new mission for which it was never intended.

In a nut shell; the H225 had been used for many years all around the globe in the offshore oil and gas industry as a highly regarded people mover, shuttling workers from the mainland to oil platforms far offshore.

But since 2012, the aircraft had been under close scrutiny by aviation officials after a number of accidents, most resulting from a system or component failure associated with the aircraft's gearbox.

In spite of the aircraft manufacturer's efforts to engineer a 'fix' for the failures, the damage was already done. The aircraft fell out of favor by the oil and gas industry and most operators of the H225 were forced to mothballed their fleet in long term storage.

Due to the past accidents, and regardless of the engineering to remedy the causes, Tinney believed the H225 would likely never again be utilized by the oil and gas industry. He also surmised the owners of these fleets just might be interested in parting with them for "pennies on the dollar.

Long story short, Tinney did manage to purchase a number of the H225s from a U.S. based operator. After transporting them to his home facility in Burleson TX, he and his team went about transforming these machines into a rugged, multi-mission utility aircraft. While they can still be used to transport up to 19 passengers, these modified aircraft were now capable of entirely new missions; search & rescue, medical evacuation, and external load lifting up to nearly 10,000lbs.

The repurposing of the H225s proved to be a huge success and earned a number of contracts with military operators around the globe.

As we departed the airfield to photograph a couple of his H225s in flight, I had ideas in my head of the shots I hoped to make to illustrate the article. I also had a concept for photos that may be worthy of consideration for the cover of the issue which just so happened to be the HeliExpo issue; the biggest issue of the year.

In the end, I did get all the shots I had hoped. And I was very happy to have the H225 earn the cover as the feature article of the issue. But it was not at all the image I had expected. Instead, they chose a frame from a series that were actually 'out takes' as we were breaking the formation to set up another shot.

Anyway, it was another memorable project and Rod and his team were very happy with how we told the story of how their gamble paid off!